The first time I heard addiction to male massage mentioned I raised my eyebrows. Surely it had to be an exaggeration? We exaggerate a lot. We talk about being ‘addicted to Netflix’, being a ‘chocoholic’ and Jonathan Van Ness can even be ‘obsessed’ by hair pomade. Everyone in every office (or, as the case might be now, at home) is ‘super busy’ and ‘super tired’ and this. Life. Has. Its. Intensity. Cranked up to 500%.

Because of all this hyperbole I couldn’t tell if addiction to male massage was a real thing. So I decided to ask around and, if I don’t find anything, search around on the Internet.

A form of sexual addiction?

Scientists still argue about the existence of sexual addiction but there’s a growing body of research and a lot of anecdotal evidence that suggests that it’s ‘a thing’. There are even 12-step programmes for sex addicts. As ‘sexual addiction’ doesn’t have to include sex itself – it can be to do with visiting strip clubs, downloading pornography or calling chat lines – sensual massage could conceivably fall under this category. The main criterion for something to be labelled as an ‘addiction’ is that it has to negatively impact the person’s life to a high degree. So while there definitely are people who are addicted to pornography, is anyone out there spending too much time receiving massages? Let us see.

Does this actually happen?

Not in our experience

Our agency has existed for four years and some of the individual masseurs have worked in the field of male massage even longer. So I asked around. Turns out, none of us have encountered a client who could be described as ‘addicted’. There was once someone who was looking for a regular weekly massage but he had a condition that required it. Furthermore, the massage was therapeutic, not sensual. Our regular clients usually book one massage per month or less.

The case in India

While searching I came across a case in India. There was a man who wrote to a newspaper advice column. He was concerned that his sister’s husband was visiting gay masseur parlours. The newspaper’s agony uncle, Dr Parul Tank, replied: “you have correctly diagnosed it as an addiction”. He adds: “it is a type of disorder and needs to be treated”. I see a lot of problems both with the letter writer’s assessment and with Dr Tank’s response.

First of all, you can’t “diagnose” someone just like that. Secondly, a doctor can’t “confirm” a “diagnosis” in a newspaper column either. Especially when all the facts given in evidence of the alleged addiction are “he made a promise to my sister that he wouldn’t do it again, he still continues to visit these places”. It could very well be that the husband is just bisexual. Or perhaps he is gay. He could be stuck in an arranged marriage that he’s unhappy with and closeted about his sexuality. Therefore the advice given strikes me as highly questionable.

In the above story it very well may be that the doctor’s advice is motivated by homophobia. There is a history of homosexuality being explained as a ‘sex disorder’ or an ‘addiction’. Whilst ‘curing’ homosexuality is no longer acceptable, there are therapists (especially if they’re motivated by their religious beliefs) who will still insist that someone’s sexuality is a form of sexual addiction and can be treated. These attitudes exist not only because of homophobia but also because of prudishness. Anyone engaging in ‘deviant’ sexual behaviours (e.g. kink, use of pornography, sex with multiple people at once) could end up being called a ‘sex addict’. Because apparently ‘normal’ sex is straight, marital and happens in the missionary position. Right.

Of course, this doesn’t mean that sexual addiction does not exist. Only that we have to be very careful with this label. It has been unscrupulously used by homophobic therapists, people upset about their partner’s infidelity and the media, which is always hungry for a scandal.

So is it possible to get addicted to male massage? 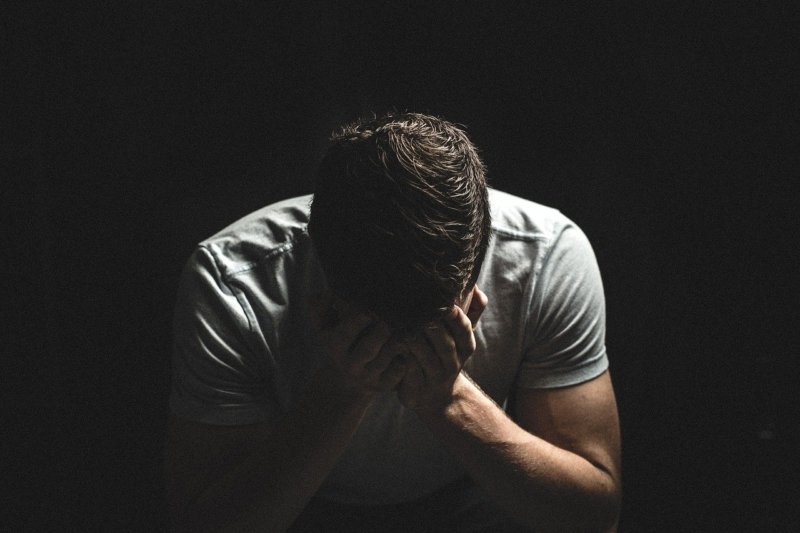 People do this with food (ever heard someone say they were ‘stress eating’?), pornography, computer games, sex and yes, they could do it with sensual massage. All of these are fine things in themselves. But if you take a fine thing and use it to shield yourself from your problems, this behaviour can become addictive.

How to know if you’re addicted

Are you worried that you might be addicted to male massage? As mentioned previously, it is not something that can be diagnosed online. But you could go through the checklist below and get an idea if you need to seek further help.

If the answer to all of these questions is ‘yes’, you might have an addiction to male massage. The first step would be to seek counselling. Whilst we haven’t heard of anyone getting addicted before, we may also be able to help – for example, by refusing bookings.

You can be addicted to male massage just like you can be addicted to coffee, drugs and video games. On the upside, it’s quite rare – we haven’t seen a case in all the years that we’ve worked in the field of massage. However, if you feel that your love for massage is interfering with your life in a significant way, you should take it seriously and seek help.