Skip to content
Home/Health/Weirdest massages from around the world

Weirdest massages from around the world

Some people describe our nuru massage as unusual, exotic or interesting. Granted, it’s a little off the beaten path. The masseur uses a seaweed based gel that renders the bodies extremely slippery, and the glide is very different from the measured, familiar strokes of a regular Swedish or Deep Tissue massage. But I’ll put it to you that nuru massage is merely slightly unusual. For something truly strange, let us take you on a tour around the world. And we start with the weirdest massage of all…

Trigger warning! ‘Snake’ here is not a cutesy descriptor for a massage stroke. We’re talking real snakes, and a type of extreme massage that’s becoming more popular around the world. The therapist covers you in reptiles (or should I call the snakes ‘therapists’ here?) and allows them to slither over your body. It gets worse (or better?): you also get some snakes on your face. Presumably, you’re supposed to be relaxed and having the time of your life while this is happening.

The larger snakes, being heavy, knead your back, whilst the smaller can work the fine muscles by wriggling on your face. You can also request a particular type of snake if you’ve had the time to work out your preferences. These are non-venomous snakes, but apparently some parlours offer pythons as well. In case, you know, just regular snakes aren’t enough for you. They get fed beforehand and their mouths are taped shut, which maximises your chances of staying alive. If this is not the weirdest massage you will have ever had, you must have led a very interesting life.

This is not so much a special technique as a setting. A hotel in Venice offers a massage which is performed whilst you are lying in a gondola. The gondolier moves the boat along the water whilst the masseur works on your stress knots. The gentle rocking of the boat and the quiet splashing of the water are relaxing in themselves, so it’s no wonder that someone has had the idea to pair them with an age-old relaxation technique – massage.

There are some downsides, however. One, it’s not going to fit everyone’s budget. A gondola trip without the massage can set you back about 100 USD, one with a massage will be over 300 USD. In California, where it is also performed, it’s offered as a couples massage for around 400 USD. Another slight issue might be tourists and locals staring at you from the passing boats. Finally, it is difficult to give a thorough massage in a moving gondola, so you should expect it to be ‘lighter’ than a standard massage. Weirdest massage out there? Probably not, but certainly something novel.

Should the snake massage prove too tame for your tastes, you could lie down and have a huge Native American man work on your body with a meat cleaver. Santiago Terrases, a qualified kinesiologist in Washoe County and a member of the Shoshone tribe, has invented his own massage. He walks over the body of his client and repeatedly strikes it with the sharp edge of a meat cleaver. The striking is soft enough not to draw blood, although you could get cut a little. No guarantees.

The journalist (see link above for the article) found the massage very effective. Terrases claims that what he’s doing is improving circulation and opening up the muscles. The meat cleaver massage originates from Taiwan and is becoming more popular in the U.S. While the version by Terrases is certainly a candidate for the weirdest massage in the world, in Taiwan they use blunted cleavers and so the whole experience is decidedly more mundane. The masseurs are not allowed to take to their cleavers if they are in a bad mood, and you get a fortune reading alongside your massage.

For the masochists amongst us! If your facial muscles are tense, you could get a facial massage. But if that’s too simple and boring, you could pay to have someone slap you repeatedly instead. The technique originates in Thailand and is now spreading to the rest of the world (although rather slowly…any idea why?). The therapist will use coordinated hand movements to strike your facial muscles, which will improve your circulation and unblock your energy.

Does it work? Well, there is no reason why it shouldn’t. Having blood rush to your face is a good idea (unless you have sensitive skin or rosacea) and if being slapped is more pleasant to you than being massaged, no one’s judging. But the claims of long-term improvement (6 months in some cases) are probably exaggerated. The history of this technique also makes it seem like a gimmick: apparently the inventor swore to only teach ten people, eight of which currently reside in Thailand. 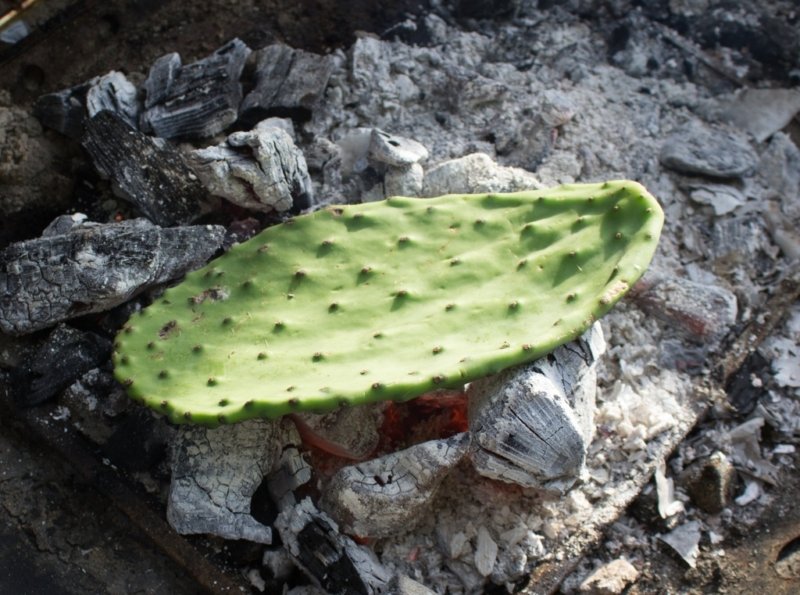 The part of the cactus used for massage is the cactus leaf – or ‘paddle’. Same part is sometimes cooked and eaten.

Who doesn’t want to have their body lovingly caressed by a cactus? If you have ever fallen on a cactus (I have) you will flinch at the idea of deliberately submitting yourself to such an ordeal. And yet this form of massage, offered in Mexico, is far less strange than it initially sounds. The spikes are removed, then the pieces of cactus are warmed and ripped apart. It is the moist inner part that is used for massage. It hydrates and soothes the skin in a similar way to aloe vera.

Is this treatment likely to bring any noticeable improvements? It seems so. The inside of the cactus ‘leaf’ has medicinal properties and has been used in compresses along with aloe vera for some time. It’s particularly good for sunburned and parched skin, which is almost unavoidable if you’re a pasty European on holiday in Mexico. Furthermore, the heated cactus pieces warm and relax the body. You might have already experienced something similar if you’ve had hot stone treatment.

The what? This massage technique was popularised when Meghan Markle claimed that it made her face look a lot more sculpted. The queues for the treatment appeared overnight and there are still scores of people (men and women) performing this on themselves at home. It’s advertised as a ‘natural facelift’ and many claim that with regular practice you can look forward to a more angular face with better definition, taut skin and a glowing complexion.

During the massage, the therapist puts on gloves and sticks their hands in your mouth. They will then manipulate your facial muscles on both sides – some fingers will work from the inside of your mouth and some will knead your face from the outside. If you’re curious, there are instructional videos on this technique online. Does it work? You’ll have to tell us. 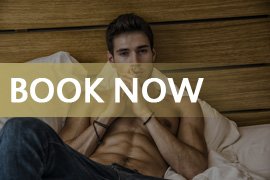